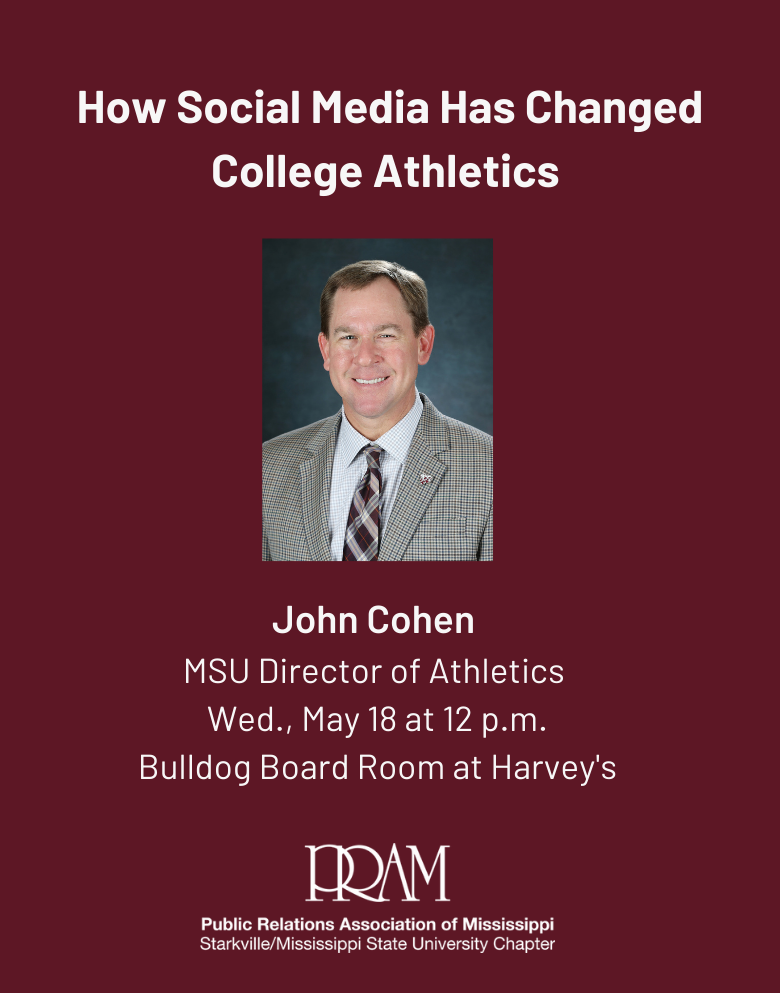 Join us for our May meeting!

John Cohen is in his sixth year as director of athletics at Mississippi State University. Under his leadership, MSU has entered an era of unprecedented success on the field, including the university’s first team national title in any sport. In the classroom, MSU student-athletes continue to set new standards, achieving a department GPA of 3.0 or higher for nine consecutive semesters while continuing to exceed the national APR multiyear rate in all sports. During his time as athletic director, Cohen has overseen numerous state-of-the-art facility projects on campus, including the new $68 million Dudy Noble Field and the ongoing modernization of Humphrey Coliseum.

Before becoming athletic director, Cohen spent eight years as coach of the MSU baseball team, leading the Diamond Dawgs to the 2013 College World Series Finals and a 2016 Southeastern Conference regular season championship. A 1990 MSU English graduate and former Diamond Dawg himself, Cohen is one of only two individuals that have experienced the College World Series as a player, coach and director of athletics for a participating school. Since returning to Starkville in 2009, John and his wife, Nelle, have been active members of the Starkville community.

We are excited to return to in-person meetings at Harvey’s! Networking will begin at 11:45 a.m., with the program beginning at noon.